We pride ourselves on knowing the ins and outs of what we provide, not only giving expert advice and guidance but having a vast range of product knowledge to give you the best possible experience in payment solutions.

We have created our centre to share some of our knowledge across a range of our products to help with any questions you may have. This may also assist you in helping you choose a suitable product from our catalogue. 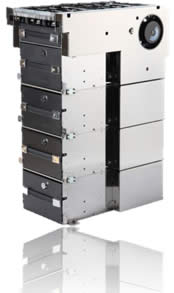 What do bank note dispensers do?

These devices store and dispense large volumes of bank notes, there is only a dispense function so the devices would need to be manually replenished with bank notes and encased in a secure housing. Bank notes are stored in individual cash cassettes and on command are withdrawn from the cassette and transported via rubber belts and rollers to be dispensed, rejected notes, where the optical sensors cannot verify a single note, will be sent to the reject tray.

What should I consider when choosing a bank note dispenser?

There are two methods for the CDM to dispense notes, either “spray” type where the notes are exited via the top of the bank note dispenser one after another and a tray has to be incorporated into the host machine to receive and hold the notes, you would typically see this in a self-service machine / check-out. In this set-up the notes are usually sprayed long edge first but it is possible to have short edge dispense on some models.

The other method is “presenter” type where the notes are bundled together and presented to the customer, this is what you would see at an ATM.

In a CDM each denomination of note will require its own cassette, the number of different cassettes available varies by machine but is typically between 1 and 6, within the cassette the number of notes that can be held will vary by model from 500 notes to 3,000 per cassette.

Check that the notes you want to dispense will physically fit in the dispense tray, many dispensers will be in the 60mm ~ 82mm range which will exclude some notes, note length should also be checked, some very long notes may not be accommodated by some models.

These devices all work in serial protocol, there is no off the shelf software to control these devices, the user must write their own application to instruct the CDM using standard commands.

Icons used on this website were sourced from Flaticon.